What the heck is Gloeocapsa Magma??

Look around and you will see roofs covered with black streaks and discoloration that make a house look terrible. Homeowners may spend a lot of money repainting their homes, or on beautiful siding and other improvements, but the roof, which is such a big part of the house visually, looks terrible. Many people think the roof needs to be replaced when it looks so bad.

Airborne spores of the algae land on the roof and grow. When a roof is shaded by trees the algae grows better than on a roof that is in direct sunlight most of the time. When shingle manufacturers began adding limestone dust to the asphalt in the shingles as a cheap filler, this problem got far worse because algae grow on the limestone dust. 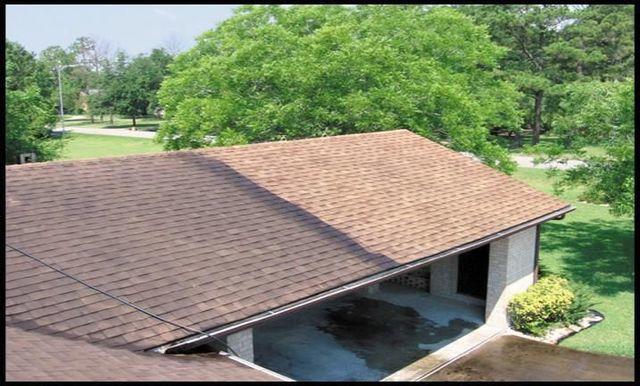 The algae are harmless to the shingles, but it looks bad. It is often a problem when people go to sell their homes because the buyer looks at the roof, doesn’t like how it looks and thinks the home needs a new roof. (Which it’s May!)

Green moss will grow in wet shaded areas of a roof when the roots latch onto the shingle, therefore potentially causing damage. The moss loves wood shakes and shingles on low pitch roofs because they stay wet longer. Debris on the roof also holds moisture and makes a nice environment for moss to grow. 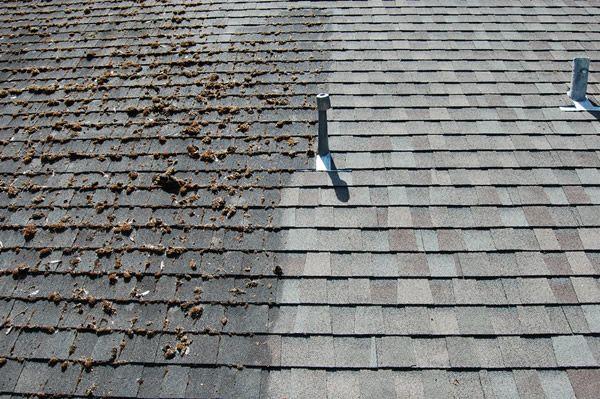 Klaus Larsen Roofing can clean your roof to revive the color and make it look new again. We don’t use mechanical cleaning that can damage the roof by removing granules from the shingles.  Granules protect the asphalt from the sun and it’s important to remove them with brushes. We use an incredibly effective blend of sodium hypochlorite and a surfactant (pool chlorine and soap) to safely restore your roof to its former glory.

Back to Previous Page
Back to Blog

We serve the following areas