Your Roof vs. Woodpeckers 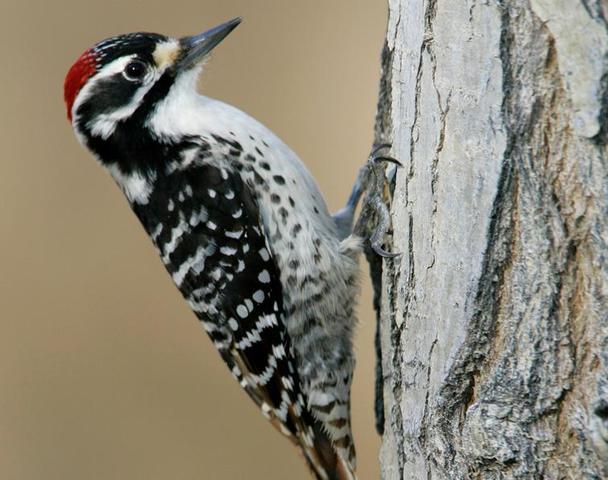 Woodpeckers. We are always getting calls from people at odds with these red-headed, iron-beaked masters of percussion. You'll often see the damage done to a house's fascia boards or wooden shake style shingles. Sometimes, they will even try to hammer into the metal flashing around chimneys. For the most part, these birds are just hungry. Small, superficial holes are made in the search for carpenter bees or other tiny insects. Sometimes, they are attempting to make a cavity in which to nest. During this process, several dents might be created until they realize that your home is not a suitable home for them. 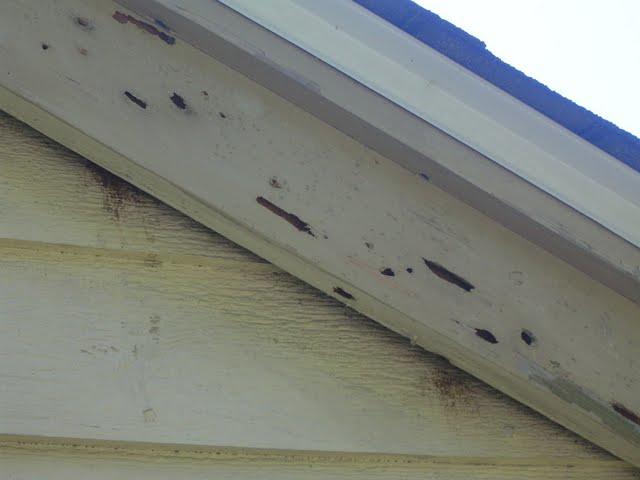 Your Roof vs. Woodpeckers: Repellants

Of all woodland birds, woodpeckers are known to be among the most territorial. Their knack for drumming can simply be to make a lot of racket to attract the attention of a potential mate or let other woodpeckers know that they have claimed a certain territory. The best way to repel them is to put a small, magnifying handheld mirror where the damage occurs. If a woodpecker sees such a large advisory, he will think twice about approaching your roof. The brave ones will fight their own reflection until they get tired and leave.

Other homeowners have had luck with tying aluminum pie pans, pinwheels, or flags to the compromised area. Any free flowing object will intimidate the culprit at hand. Connecticut is an ideal habitat for woodpeckers, and woodpecker damaged homes. With the proper measures, you can keep them busy making noise in the forest, and far from your fascia boards.

Try some of these do-it-at-home repellents before you give us a call. However, if woodpeckers have already damaged your home, schedule a FREE ESTIMATE we'd be glad to repair it. This has been a PSA from Klaus Larsen Roofing. 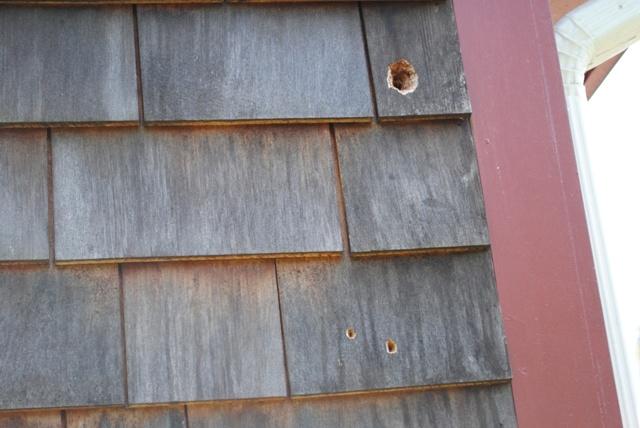 Your Roof vs. Woodpeckers: Interesting Facts

Case Study: Contending with Carpenter Bees in Glastonbury, CT
Back to Previous Page
Back to Blog

We serve the following areas